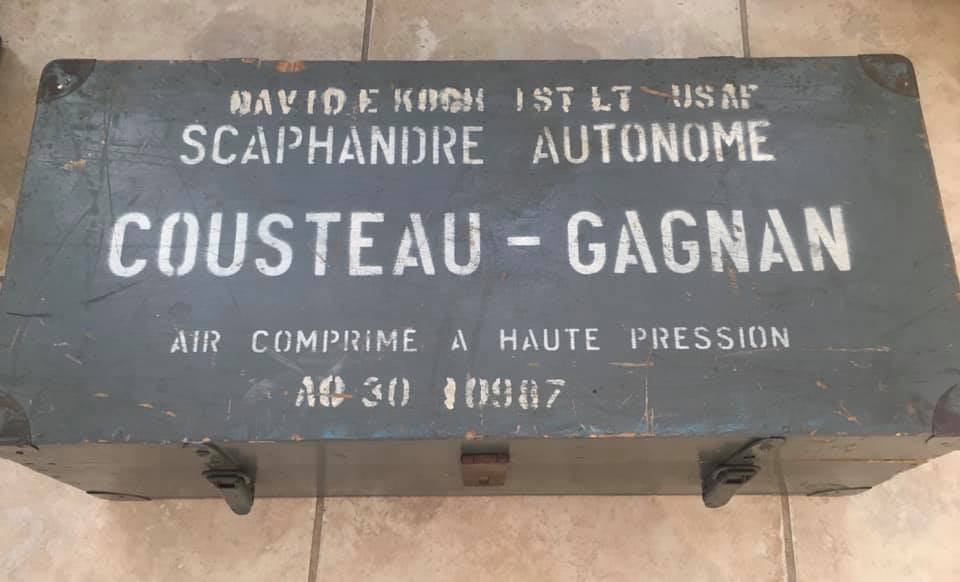 Their breakthrough invention which they coined the “Aqualung” was absolutely revolutionary as the principle technology for underwater work was either helmets which required air hoses supplying breathing gas from the surface and drug through the water column by the diver, or shallow water closed circuit rebreathers which could only be safely used to about 25 feet or 8 meters… (the shallow limits were a safety measure to avoid potential high oxygen levels that could cause oxygen toxicity as shallow as 35 feet or roughly 12 meters, so by restricting their use to several meters shallower provided a safety buffer)

But since much of the world was swept up in WWII and France was occupied by Nazi forces from Germany, the Cousteau-Gagnan Aqualung invention was kept classified as it posed a real wartime threat had Nazi forces been able to capture that technology.

The Aqua-Lung could be used much deeper like helmets but without surface hoses yet had the freedom of full autonomy like the rebreathers but without the shallow use restrictions.. in essence the Cousteau-Gagnan units offered the best features of both of the other dive technologies and could allow for deeper clandestine insertions into harbors to plant explosive ordinance on ships in port.

That potential game-changer military risk meant that the technology had to be protected from falling into German hands. After the conclusion of the war the Aqualungs were introduced into the commercial marketplace as C-G 45 units signifying Cousteau and Gagnan along with reference to 1945 and were built in 1946 by French welding gas supply company La Air Liquide subsidiary company La Spirotechnique which began full scale production of the C-G process regulators for distribution in Europe, Canada and by late 1949 into the United States.

La Spirotechnique continued manufacturing an entire array of newly designed diving apparatus for the European marketplace while in Canada, Canadian liquid air and in the United States, U.S. Divers-Aqualung took over those responsibilities in North America.

On display In the Avalon Diving History Exhibit (ADHE) is perhaps the finest example of a 1958 La Spirotechnique Cousteau-Gagnan diving rig fully complete.. it is rare, but its condition is as good as when it was brand new and is an important and significant piece of early era diving history. Diving historian Mark Howell located this unit in France many years ago and brought it back to California as these systems were never imported for sale in the United States.

Mark wanted this unit to serve the public for educational purposes and now it has found a home to do just that here on Catalina island. Legitimate Diving history on display in the ADHE. 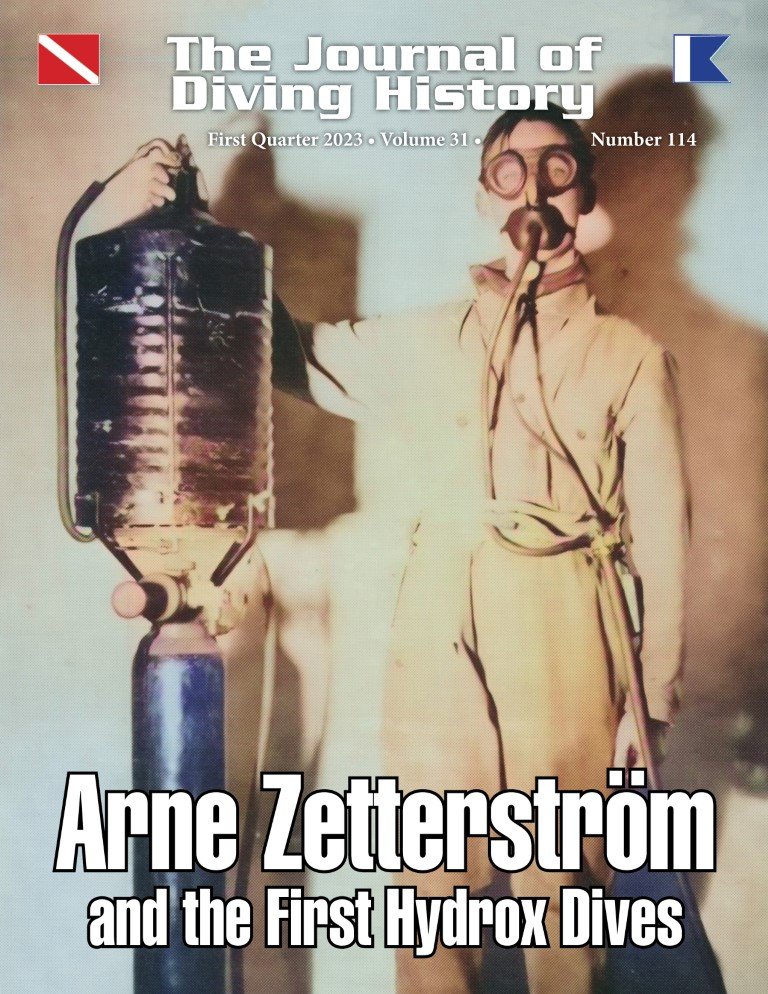