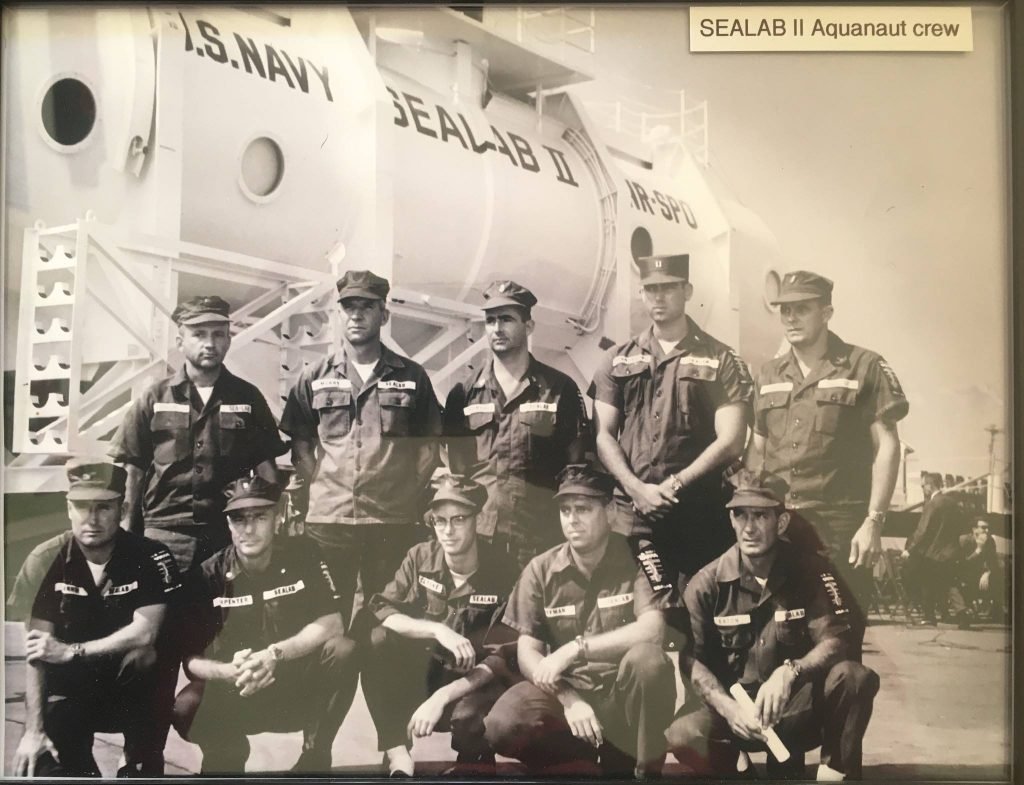 The US Navy’s innovative and breakthrough programs of Genesis and SEALAB I-III changed the trajectory of human deep intervention into the seas. Everything changed for deep exploration and the ability to work at extreme depths after these programs and the men who participated in them were conducted. These people were the pioneers and ultimately the creators of deep excursion saturation diving technologies.

It’s the rare occasion when you can point to a few faces and know that they were the ones who changed history.

In 1957, Dr. George F. Bond, a U.S. Naval officer and assistant in charge of the Naval Submarine Medical Research Laboratory in New London Connecticut began a project to try to determine the properties and effects of various breathing gas formulas which would allow human beings to live, work and explore the oceans at exceedingly deeper ranges than ever before.

Initially, the testing through those experiments was conducted on test animals.

Rats were used in phase “A” of the experiments, and soon after goats and monkeys were added during phase “B” and by 1962, congressional approval to conduct experiments on human test subjects ushered in phase “C” of what would become the “Genesis 1” tests in which humans would be subjected to what was essentially a nitrogen free atmosphere.

Nitrogen makes up 78.084 percent of the air we breath at sea level atmospheric pressure, with 20.946% being oxygen with a tiny fraction remaining made up of heavier trace gasses such as C02.

Increased partial pressures of oxygen and nitrogen can cause neurological harm, including death if breathed under advancing pressures for even short periods of time. Searching for a variable breathing mixture to avoid those risks was the driving force behind Genesis.

Three Naval officers were selected to participate in phase “C” of Genesis.

John C. Bull, Albert P.Fisher and Chief Quartermaster Robert A. (Bob) Barth were exposed to breathing a mixture of Helium-oxygen at one atmosphere of pressure for six days in the Navy’s hyper-baric chamber which became known as the “Genesis Chamber”

During that test the men were subjected to breathing a mixture consisting of 21.6% oxygen, 4.0% nitrogen and 74.4% helium.

Eventually, each new phase would broaden and increase the knowledge and understanding of the physiological effects of breathing various gaseous mixtures into the human body, which translated into mankind’s ability to venture deeper into the world’s oceans.

By the time phase “E” of Genesis had evolved, John Bull, Bob Barth and Sanders W. Manning had spent 12 consecutive days in the chamber at a simulated pressure depth of 198 ft. with the oxygen content of 3.9% nitrogen level at 6.5% and helium set at 89.6% (Bond, Lord and Schaefer-1966)

There were a host of challenges throughout these historic experimental phases which ultimately progressed into the U.S Naval SEALAB I through III missions which sought to establish under-Ocean living habitats designed to discover and create a new means of deep ocean exploration. Through Genesis and SEALAB the resulting “Saturation” Diving technology was launched and an entirely new Diving industry within the commercial sector was born… and the rest is, as they say… history.