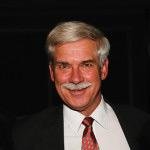 Ed Uditis began diving in 1954 and became a YMCA assistant instructor in 1959. He became NAUI instructor 1,293 in 1966 and later became a NAUI Course Director and IANTD instructor trainer. He has lived and worked in Connecticut, Florida and the Cayman Islands, where he is credited with successfully introducing NITROX to their dive operations.

Ed joined the HDS in 1992 and is member number 95. He is the HDS Director of Development and is an HDS Lifetime Member. Ed is a regular volunteer for the Society at the DEMA, Underwater Intervention, and Beneath the Sea dive shows and a frequent lecturer on behalf of HDS.